The Porsche badge came from a business dinner

The Porsche crest is as much a part of the automaker’s identity as rear-engined sports cars and three-digit internal model codes. However, this almost never happened.

Porsche recently released an official explanation of how the crest came about, and it all goes back to a business dinner in 1951. The car manufacturer was already selling cars at that time, launching the 356 in 1948, but they were only identified with the Porsche label.

In March 1951, the company announced a design competition among German art academies and offered 1,000 German marks to the winner. However, none of the plans won the favor of the company judges.

The idea for the logo came up again in 1951, when Ferry Porsche, son of company founder Ferdinand, met American importer Max Hoffmann at a business dinner in New York, where Hoffmann had a large showroom.

Hoffman recently accepted the first Porsche franchise in America and was an influential presence, bringing the Mercedes-Benz 300 SL to the United States.

Hoffman pushed for a distinctive logo, and the idea stuck this time. On December 27, 1951, Ferry Porsche noted a “steering wheel hub with the Porsche and Stuttgart coat of arms or something similar”. After returning to Germany, he commissioned designer Franz Xaver Reimspieß to design the Porsche crest. 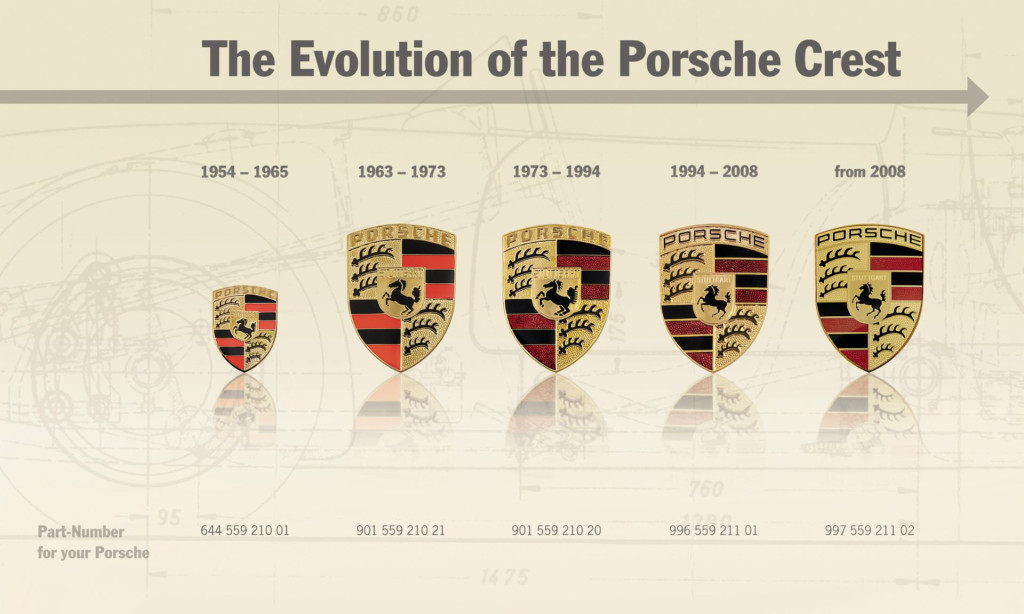 Initially, Porsche used the crest exclusively on the steering wheel of the 356, in 1954 it was placed on the hood and in 1959 on the hubcaps. It has appeared on every Porsche production model since, and although it has undergone five updates over the years, it is still instantly recognisable.